A significant step has been taken in the development of transportation infrastructure on the Caribbean coast of Panama. The Inter-American Highway that connected Panama to the US via one continuous road of asphalt, gravel or dirt was completed in 1967 but the Panamanian segment of it runs along the Pacific coast and into the center of the isthmus as it crosses over to Costa Rica. While it was originally conceptualized to transport US military equipment to resupply the defenses that protected the Panama Canal from German naval threats, the Inter-American Highway ultimately contributed to the commercial development of Panama’s Pacific coast and many have been waiting for a similar vital artery to be constructed along the Caribbean coast.

Since the 1950’s there has been talk of paralleling the Inter-America Highway with a Caribbean coastal highway which would ultimately connect and unite the various major Caribbean regions including San Blas, Costa Arriba, Costa Abajo and Bocas del Toro. Plans were introduced and even approved but the project was never tendered. Now with the resurgence of interest in the Caribbean coast, recent efforts to improve the City of Colon and the construction of new locks at the Atlantic entrance to the Panama Canal, the Panama Caribbean Coastal Highway has crept into the realm of conversation and speculation again and now a concrete step has been taken towards that effort. A recent posting by Central American Data confirms that a coastal road has been tendered at $18 million and will stretch from the “End of the Road” in Cuango to Santa Isabel. Santa Isabel has been chosen as the site for the new $50 million Decameron resort on the Caribbean, and surveying/planning for the road and the resort have already begun. 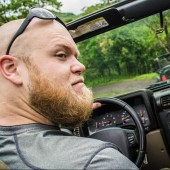